Our people in our communities

Our people in our communities

Giving care home residents a day at the seaside 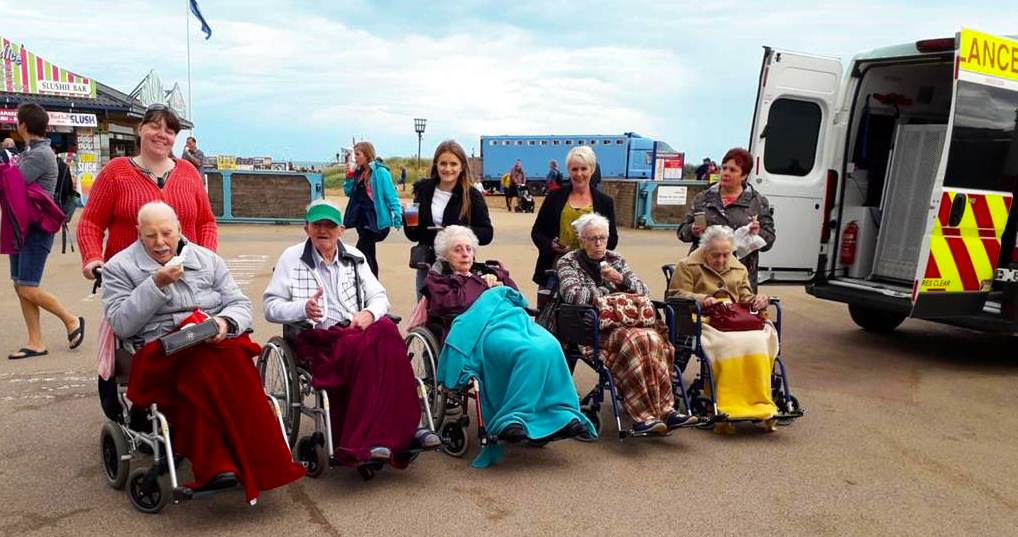 Staff at Greenacres Care Home in Heckington were delighted to be able to take five of their residents out to Skegness for the day, thanks to the help of a few volunteers from Health Transportation Group UK.

In a letter, staff members from Greenacres expressed that some of their residents don’t often have the opportunity to go out. The residents in question have several health restrictions that have made it difficult for staff members to take them out of the home.

An opportunity came, however, on the 1st of September when several staff members from HTG-UK volunteered on their day off to take the residents out in style. The group travelled in a non-emergency ambulance specifically fitted for the patients’ mobility and health requirements. ‘We’d like to have transported more residents, but of course, we had to prioritise vehicles for our booked patients,” said Mick Cordwell, Acting Station Manager at HTG-UK’s Grantham base who spearheaded the initiative. “I’m proud of my staff here who gave up their spare time for such a rewarding cause, though.”

HTG-UK work with residents at Greenacres Care Home regularly to take them to healthcare , appointments, but this time, five residents and five staff members were taken out to the seaside. As well as getting to enjoy the sunshine and salty air, the group were treated to a flyover from a Lancashire Bomber just before they were to return home.

“What our team at Grantham have done is something that is completely outside what is expected, they have shown how much they care about their patients,” adds Tom Bussey, HTG-UK’s Contract Manager for Lincolnshire. “They deserve all the praise they get for such great work.”

This outing was the first of its kind HTG-UK have done, and following its success, the company hopes to investigate offering similar opportunities to its other patient groups.

We are proud to be associated with the following

Prev Section Next Section
Back to top